Get the benefit of the government’s experience when selecting vendors. 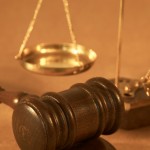 The Court concluded that infringement did not occur.  But, in its 44-page Order, the Court spent about half of its writing about the failings of the damage analysis.  The plaintiff requested damages using a reasonable royalty based a hypothetical negotiation as set forth in Georgia-Pacific Corp. v. U.S. Plywood Corp., 318 F. Supp.1116 (S.D.N.Y. 1970).  Much of the Court’s analysis in the Mirrors World ruling is specific to the facts of this case, but the following lessons should be noted:

…sale of the apparatus is not the sale of the method—and thereby irrelevant in calculating liability for direct infringement.  Accordingly, because Apple’s sales or offers for sale do not infringe the asserted method patents, they cannot be the basis for damages.

Permanent link to this article: https://betweenthenumbers.net/2011/04/huge-patent-damage-award-reversed/