Who owns the Hulk? The legal battle continues… 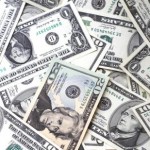 Massachusetts has taken steps to close a loophole in one of its lottery games called “Cash WinFall”, which had been successfully exploited by a few statistically savvy individuals and groups. The lottery game was first launched in 2004, with the odds of picking all six numbers reported as over 1 in 9 million. However, the rules of this particular game are such that when no one picks all six numbers for couple of months and the jackpot reaches $2 million, the jackpot pool rolls down to those who picked four or five correct numbers. A few knowledgeable lottery players realized that this aspect of the game dramatically increased the odds of winning significant money during these rolldown periods (to under 1 in 40,000). Therefore, those with the ability to buy large quantities of tickets, either themselves or by pooling efforts with others, had a high probability of a great payday.

In one month in which the rolldown applied, 1,605 prizes were awarded, with 1,105 of them going to three companies set up specifically to play this lottery game. A Canadian statistician named Mohan Srivastava calculated that the five biggest winners were earning back the cost of their tickets plus profits of up to $6 million a year (without ever picking all 6 numbers). Apparently lottery officials first noticed these gambling companies in 2005, but only recently decided to address the issue. Massachusetts will now limit the number of Cash WinFall tickets sold by an individual store to $5,000 per day and will phase out the game in the next year. A couple of stores who catered specifically to the gambling companies have also been suspended from selling tickets.

Permanent link to this article: https://betweenthenumbers.net/2011/08/statistical-skills-rewarded-in-massachusetts-lottery/