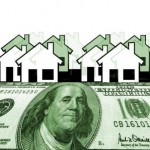 Since Bob Dylan is still singing (or something like that), he might want to dig up his early hit “Blowin’ in the Wind” and add a new line. Something to the effect of “How many foreclosures will it take ‘til banks consider other appraisal methods.”  I’ll let Mr. Dylan worry about making the line sound poetic and hip. But the point remains, despite the mortgage mess, banks still rely exclusively on a single method for appraising a home’s value.  And that method, the market transactions approach, has recently demonstrated its potential shortcomings when used without considering other methods.  This reliance upon only a single appraisal method has led to inaccurate values, is a partial cause for the years-old mortgage crisis, and is now inflicting new pain on homeowners who are trying – in many cases, unsuccessfully — to refinance at today’s record low mortgage rates.  The market approach’s focus is on the price that current home buyers are willing to pay…right now, today.  The main virtue of this method is that it is simple.  Simplicity hardly qualifies the method as sufficiently robust to be considered to the exclusion of all other valuation methods.  Consideration of a variety of approaches is preferred and more likely to result in a proper valuation.

Contrast the mortgage-banker’s favored method with how a security analyst attempts to measure the “intrinsic value” of a stock or bond.  If anything, the security analyst is suspicious of a security’s current trading price.  To calculate the “real value” that will prevail when investors come their senses, so to speak, the analyst attempts to project cash flows to the security owner.  One basic cash flow-oriented approach is known as the dividend discount model. This model states that the true value of a stock is the present value of future dividend payments. Other cash flow-based methods build upon
this approach. The approach has application beyond securities, including home valuations.  In place of dividend payments, the appraiser could estimate the rents that a home would earn based on rents for comparable homes, subtract out operating expenses, and end up with something like a dividend. This projected income could then be discounted to present value to arrive at the home’s intrinsic value.  This “income approach” speaks more to long-term home values than a market approach because rents tend to keep housing prices in check in the long run. This is because market participants consider the cost of renting against the cost of buying.  If the balance shifts in favor of renting, potential buyers continue renting. When enough buyers do this, housing prices level out or decline.

Had banks considered other approaches beyond the market approach, as any valuation should, the housing bubble and subsequent crisis might have been largely avoided. Individuals would have been free to pay as much as they wanted for a home, but the portion the bank was willing to lend toward that purchase price would have been capped at a sustainable long term value.  The incremental expense of considering additional appraisal methods now seems cheap relative to the financial distress banks have faced since the housing bubble popped.  And yet the singular focus on the market approach persists and continues to plague the market, albeit now in a different way.

Refinance rates of 4.0% with 0 points for a 30-year fixed mortgage have shown up here and there in recent days.  Why are distressed homeowners not jumping on these?  They likely are…if they can.  Some home owners are so underwater on their mortgages (i.e. they owe more than their house is worth) that, whatever the valuation method, they won’t uncover positive equity.  Others are much closer on their equity position, making a refinance feasible, but fall victim to the market approach to valuation.  The housing market is flooded with distressed sales, homes that banks are trying to
dump quickly.  These distressed sales drag the “market price” ever downward.  When a homeowner tries to refinance, the appraiser — relying solely upon the market approach to the exlcusion of other methods — reports that the home has lost too much value and no equity remains.  As a result, the homeowner ends up locked into a high rate at a time with ridiculously low rate offerings.  Considering only recent sales prices distorts the equation on the low end of the price swing, just as it did on the high end.

The rent vs. buy equation is markedly different from that of a few years ago.  Now analysts recognize that purchasing a home is becoming more and more of a good deal relative to renting.  Several personal finance publications have updated old articles from the 1990’s on how to become a landlord and are promoting the idea that now is the right time to do so.  As defaulted homeowners flee to rentals and renters tip-toe with trepidation around buying a house, rents are hitting historical highs.  It’s counter-intuitive that homes are appraised at their lowest values at the same time that rents are jumping.  What equity security falls on a favorable earnings report?  The discrepancy exists because security analysts consider future earnings while mortgage bankers do not.

Singular use of the market approach could be defended under the notion that housing prices will rise over time. Before the bubble popped in 2006, this was a frequently accepted view.  It is no longer the case.  It is time for banks to move beyond reliance on a single approach to valuation.  There are many tools in the appraiser’s tool box and no justification to ignore them.  It’s been five years since the housing bubble began to wreak havoc on the U.S. economy.  Will mortgage bankers mend their ways?  The answer, my friend, is blowin’ in the wind.

Permanent link to this article: https://betweenthenumbers.net/2011/08/time-to-consider-other-appraisal-methods-answer-is-blowin%e2%80%99-in-the-wind/