In Lieu of Flowers…Social Security Sends $$ 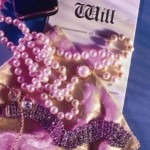 According to a recent survey of millionaire baby boomers by investment firm US Trust, many are making a surprising decision regarding their financial planning.  Rather than planning to leave behind a sizeable estate, they intend to substantially exhaust their funds prior to death.  Less than half of those surveyed said leaving money to their children was an important goal.  They cite a variety of motivations, which include:

Baby boomers range in age from 47 to 65 and represent 77 million Americans.  A frequently raised concern is that a mass selloff by this part of the population could have a severe dampening effect on the stock market.  A report by the Federal Reserve Bank of San Francisco has predicted a 13% fall over the next decade as baby boomers reduce their stock holdings in favor of a more conservative retirement friendly investment portfolio.  The increased spending timeline described in the US Trust survey would likely exacerbate this impact.

Permanent link to this article: https://betweenthenumbers.net/2011/09/baby-boomers-not-planning-to-leave-much-behind/