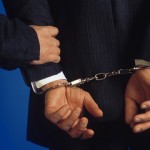 MF Global customers had their accounts frozen after the October 31, 2011 bankruptcy filing. The freezing occurred because, shortly after the bankruptcy filing, MF Global reported that over $600 million of what should have been client-segregated funds were missing.

Like the 2008 failures of Lehman Brothers, Bear Stearns, and Merrill Lynch, MF Global fell shockingly fast. On October 25, 2011 MF Global held a quarterly earning conference call for its second quarter ending September 30. During the call, MF Global said that it had $1.3 billion in unused credit facilities. With the benefit of hindsight, it would be nice to know whether this credit availability was as of September 30, or as of the date of the call, but that was not part of the specific statement. A forthcoming disclosure would say that the information should be as of the day it was uttered. But, even if MF Global had unused credit line of $1.3 million as of the end of the quarter, that is still a lot of cash to run through in a little over three weeks.

The SEC and CFTC reported the missing money on November 1 as follows:

For several days, the SEC, CFTC and other regulators had been closely monitoring developments affecting MF Global, Inc., a jointly registered futures commission merchant and broker-dealer, in anticipation of a transaction that would include the transfer of customer accounts to another firm. Early this morning, MF Global informed the regulators that the transaction had not been agreed to and reported possible deficiencies in customer futures segregated accounts held at the firm. The SEC and CFTC have determined that a SIPC-led bankruptcy proceeding would be the safest and most prudent course of action to protect customer accounts and assets. SIPC announced today that it is initiating the liquidation of MF Global under the Securities Investor Protection Act (SIPA).” [Emphasis added]

The missing client moneys apparently happened in less than a week before the MF Global bankruptcy. CME Group Inc. (NASDAQ: CME) owns and operates the derivatives and futures exchanges in Chicago and New York City, as well as online trading platforms. On November 2, CME reported the results of its audit of MF Global client-segregated funds. The report says, in pertinent part:

With respect to the apparent shortfall in customer segregated funds held by MF Global (and which were not on deposit with CME Clearing), it appears that any transfer of such funds occurred following the completion of CME audit procedures respecting such funds and in violation of CFTC Regulations and CME rules. CME completed its on-site review last week. At that time, the results of our review indicated that MF Global was in compliance with its segregation requirements. It now appears that the firm made subsequent transfers of customer segregated funds in a manner that may have been designed to avoid detection insofar as MF Global did not disclose or report such transfers to the CFTC or CME until early morning on Monday, October 31, 2011. CME fully discharged its auditing procedures in accordance with applicable procedures and standards and is working with regulators and authorities to investigate these transfers.

CME conducts regulatory financial examinations in accordance with the Joint Audit Committee procedures and standards. The focus of these examinations is to effectively monitor the firm’s financial records to determine the firm’s full segregation compliance and to monitor any necessary corrective action. CFTC regulations and CME rules require maintenance of excess segregated funds at all times. Clearing firms are not permitted to transfer funds from the segregated account which will result in an under-segregated condition. CFTC Regulations and CME Rules also require clearing firms to calculate their customer segregated position daily and notify both the CFTC and CME whenever it knows or should have known that the customer segregated position was under-segregated. None of MF Global’s reports reflected any under-segregated positions. The reports actually reflected excess segregated funds.”

Because the missing money has not been missing for long, it should be relatively easy for auditors to identify where the money went. My guess is that the money is offshore, and was probably taken as collateral for a loan.  Assuming I am correct, getting the money back involves complicated international law which will not be easily remedied by the more limited jurisdiction of the U.S. Bankruptcy Court. Although the money may be offshore, the persons responsible for the underlying transactions probably are not. Those responsible for dipping into what should have been segregated customer accounts are in a lot of hot water.

Permanent link to this article: https://betweenthenumbers.net/2011/11/the-plot-thickens-%e2%80%93-theft-at-mf-global/