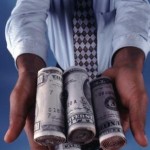 In a study released in January, the Congressional Budget Office (CBO) concluded that, on average, civilian federal employee compensation (including both wages and benefits spending) trumps that of the private sector. Except for individuals with a professional degree or doctorate, the imbalance held true at each education level, including (i) high school diploma or less, (ii) some college, (iii) bachelor’s degree, and (iv) master’s degree. The CBO summarized its findings as follows:

“Overall, the federal government paid 16 percent more in total compensation than it would have if average compensation had been comparable with that in the private sector, after accounting for certain observable characteristics of workers.”

The following chart from the CBO’s study summarizes its findings:

The CBO’s study controlled for several factors, including:

The CBO noted that its study did not control for other factors:

“Even among workers with similar observable characteristics, however, employees of the federal government and the private sector may differ in other attributes, such as motivation or effort, that are not easy to measure but that can matter a great deal for individuals’ compensation.”

Additionally, the study did not consider certain job benefits that are difficult to quantify.  Among these is the job security that the federal government tend to offer its employees.

Permanent link to this article: https://betweenthenumbers.net/2012/02/government-employees-are-compensated-16-more-richly-than-their-private-sector-counterparts/