How to Manage Vendor Risks

Who is being polled matters

Case provides primer on regression analysis and what can go wrong 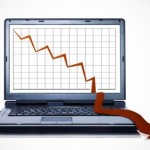 At the end of its ruling, the Appellate Court identified perhaps the most important mistake made by defendant Federal Express – FedEx presented no damages expert of its own. With a difficult-to-understand plaintiff damage presentation, FedEx made a serious mistake of having to rely solely on its cross examination of Plaintiff’s damages expert to present the Plaintiff’s errors.

Plaintiff’s calculation was painfully mechanical. In this case, Plaintiff considered ten years of data, but did not address the trend of this data over time. Stated otherwise, Plaintiff’s regression calculations ignored time, causing any such trend to be similarly ignored. Consequently, the projected costs and profits in the last/damage year bore no relationship whatsoever to what had occurred in recent years. The result was a silly conclusion that lost revenues would have caused Plaintiff’s total revenues to increase, yet total costs in that year would decrease at the same time.

Courts do not often do as good a job as this case does in explaining statistical concepts and damages calculations. The case is worthwhile for its willingness to address these topics in an understandable manner. We provide a more detailed analysis of the case in this article.

Permanent link to this article: https://betweenthenumbers.net/2012/04/case-provides-primer-on-regression-analysis-and-what-can-go-wrong/