Proposed Changes to Accounting and Disclosures of Pending Litigation Are Dropped 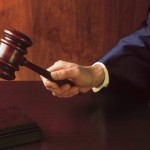 In mid May, the D.C. Circuit held in United States of America, ex rel. Davis v. District of Columbia, that damages for suits under the False Claims Act (“FCA”) must consider the value of the services actually received. The failure to retain required documentation does not affect the value of the services received, and therefore the government suffered no damages. The relator’s recovery would thus be limited to a share of statutory penalties.

The Court’s ruling is summarized in the following quote:

[Plaintiff] argues that the entire amount the federal government paid to DCPS in 1998 constitutes damages because the government would not have paid DCPS anything had it known there was no documentation for its reimbursement claim. We conclude, however, that the district court was right to find that the government suffered no damages.

“Our decision in Science Applications sets forth the proper framework for determining damages in qui tam actions. There, a contractor who had agreed to provide a federal agency with expert advice certified it had no conflicts of interest. The contractor provided the advice but failed to disclose several conflicts. Like Davis does here, the government sought damages equal to the full amount it had paid the contractor and relied on evidence showing it would not have paid the contractor anything had it known of the conflicts. But we explained that this evidence only proved causation, not damages, because False Claims Act damages are meant to “put[] the government in the same position as it would have been if the defendant’s claims had not been false.” Thus, “[t]o establish damages, the government must show not only that the defendant’s false claims caused the government to make payments that it would have otherwise withheld, but also that the performance the government received was worth less than what it believed it had purchased.” [Citations omitted] …

Under the Medicaid program, the federal government pays for specified services to be provided to eligible recipients. In this case, Davis does not allege that any services paid for were not provided. The sole defect Davis claims is the failure to maintain documentation for those services. … The purpose of maintaining documentation is to ensure that the government pays only for services actually rendered. Because all agree that the services paid for were provided, the maintenance of documents to prove that they were has no independent monetary value. This is the rare case in which there is no allegation that what the “government received was worth less than what it believed it had purchased.” … The government got what it paid for and there are no damages.”

The same thought process occurs in damage situations outside the context of the FCA.

Permanent link to this article: https://betweenthenumbers.net/2012/07/false-claim-act-damages-require-additional-valuation/