Virtual Worlds are the Subject of Copyright Infringement Allegations 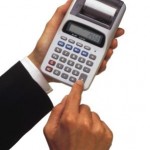 In fact, the breakeven position only occurs because the broadcast rights asset was already written down to $1 billion in the accounting surrounding Comcast’s acquisition of NBC.  Purchased assets are recorded at fair value at the acquisition date, which was $1 billion based on the expected cash flows for the rights as described above.

Even if the purchase price exceeds the expected ad sales, the Olympics are believed to function as a “loss leader”, meaning that they are expected to lose money, but provide other valuable benefits that justify the cost, such as increased attention from an audience who otherwise tunes into another network.  It remains to be seen whether some portion of the Olympic audience will stick with NBC after games are over.

Permanent link to this article: https://betweenthenumbers.net/2012/08/olympic-games-still-a-loss-leader/