Investing in College: A Lesson in Evaluating Investment Returns 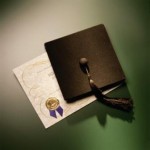 The common practice of investing in a university education to receive lifelong returns of larger salaries deserves additional scrutiny in the current environment of rising tuition, ballooning student-debt, and high unemployment among college grads. Smart Money attempted to provide guidance, but botched the return on investment calculation. The publication recently scored the country’s 50 most expensive universities based on the relationship between (i) median salaries of the graduating classes of 1997 and 2009, and (ii) the four-year cost of tuition and fees. The top five schools (and their scores) as ranked by Smart Money are:

The steps required to calculate the above scores are: (1) divide salary by tuition for each graduating class (i.e. 1997 and 2009), (2) take the average of those two ratios, and (3) multiply the average by 100. Smart Money’s scores provide almost no meaningful information on the relative investment value of each university. For instance, what does a score of 202 actually mean?

The score provides a poor indication of investment value for at least two reasons. First, the score is inaccurate as it combines the investment value of the university from two different times separated by 12 years. This the analogous to saying that because RIM (the makers of the Blackberry handheld devices) was a great investment in 1999 and a terrible one in 2011, the resulting investment value of RIM on a going forward basis is about average. Investing in an asset, whether a stock or education, is greatly affected by when the investment takes place. A better way to evaluate universities would have been calculate the investment value at each point in time: 1997 and 2009.

Second, dividing salary by tuition fails to produce an intuitive measure. A value of 0.5 for example, indicates that the median salary of graduates is 50% of tuition for four years. But is 50% a good? Obviously, a higher number is better, but without a more intuitive interpretation one cannot easily see which investments are good or bad.

In contrast to what Smart Money attempted, a more standard metric called the “payback period” provides more useful and intuitive results. The payback period is the amount of time required for the investment to “pay for itself”. In its general form, this measure is calculated as the cost of the investment divided by the expected yearly returns from that investment.  If the resulting payback period equals 2.0 (the equivalent of Smart Money’s score of 0.5), the interpretation is easy: it would take two years worth of gross salary to pay the full cost of tuition.

Permanent link to this article: https://betweenthenumbers.net/2012/10/investing-in-college-a-lesson-in-evaluating-investment-returns/