California’s new deposition limitation has plenty of exceptions, including experts 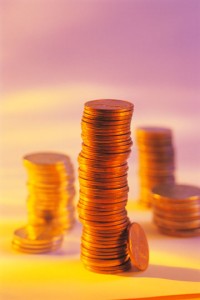 On December 4, the Department of Justice (DOJ) released a statement bragging about the money it had recovered. In reality, the government had much less to do with this than the private citizens and their lawyers who filed qui tam False Claim Act cases on behalf of the U.S. when the U.S. declined to take the case. In a successful suit, the whistleblower or “relator” receives up to 30% of the litigation recovery.

The DOJ’s release described the results as follows:

The Justice Department secured $4.9 billion in settlements and judgments in civil cases involving fraud against the government in the fiscal year ending Sept. 30, 2012 … This figure constitutes a record recovery for a single year, eclipsing the previous record by more than $1.7 billion, and brings total recoveries under the False Claims Act since January 2009 to $13.3 billion – which is the largest four-year total in the Justice Department’s history and more than a third of total recoveries since the act was amended 26 years ago in 1986.

The False Claims Act is the government’s primary civil remedy to redress false claims for federal money or property, such as Medicare benefits, federal subsidies and loans and payments under contracts for goods and services, including military contracts. The 1986 amendments strengthened the act and increased incentives for whistleblowers to file lawsuits on behalf of the government, leading to more investigations and greater recoveries….

For amounts that were not qui tam suits, most of the moneys came from two substantial pharmaceutical resolutions, one involving GlaxoSmithKline for $1.5 billion, and a second involving Merck for 4441 million.

If you receive a qui tam amount, the income is ordinary income. This article describes a recent case regarding this taxation.

Permanent link to this article: https://betweenthenumbers.net/2012/12/qui-tam-suits-recovering-extraordinary-amounts/