Court Finds That Man is Not Your “Typical” Skinnygirl

How much money would Hulk Hogan make for the rest of his life? 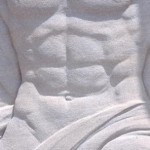 If Hulk Hogan successfully proves his medical malpractice lawsuit against the Laser Spine Institute, we should find out the answer.

Mr. Terry Bollea (aka Hulk Hogan) recently filed a lawsuit which alleges, among other things, that the Laser Spine Clinic performed unnecessary surgeries on Hulk Hogan over an 18-month period.  Hulk Hogan alleges these excessive surgeries injured his back harming his entertainment and athletic career.  The former pro wrestler is now 59 years and is semi-retired.  Although he is most known for his infamous pro wrestling career, he also performed (among other things) in movies, television, and music.   Thus, any economic damages may still be relatively significant despite his age and being semi-retired.

Generally, the economic damages period on personal injury cases such as this are calculated over the injured party’s expected work life.  Various independent economic studies can be used to obtain work life expectancy.  Such factors as the injured party’s (i) current age at the time of injury, (ii) gender, (ii) highest education level, and (iv) work status at the time of injury (active or not active in the workforce) may be considered in determining work life expectancy.  Assuming the injured party would have worked until the common retirement age of 65 may be inappropriate, particularly for someone like Mr. Bollea.   Similarly, given Mr. Bollea’s  unique historical earnings (e.g., multiple high income, high profile sources) an economic damages calculation will need to reflect his particular situation.

Permanent link to this article: https://betweenthenumbers.net/2013/01/how-much-money-would-hulk-hogan-make-for-the-rest-of-his-life/