A Career in Agriculture May be One of Your Better Choices

Global Unemployment is Expected to Break the All-time Record, And Then Get Worse 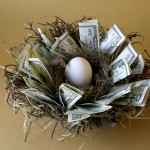 In the Estate of Virginia Kite vs. IRS, T.C. Memo 2013-43 (February 7, 2013), affluent taxpayers were given support for a potentially substantial estate planning tool. This is a significant decision.

The Tax Court described the underlying facts as follows:

“Under the terms of the annuity transaction, the Kite children would begin payments to Mrs. Kite or her trust 10 years after the effective date of the annuity agreements. If Mrs. Kite died within the 10-year deferral period, her annuity interest would terminate and, as a result, her interest in KIC, and indirectly her interest in the Baldwin notes, would be effectively removed from her gross estate. However, if Mrs. Kite survived the 10-year deferral period, her children would be personally liable for the annuity payments due on each annual payment date. What is more, if Mrs. Kite survived for 13 years or longer, her children could be insolvent after the first three years of payments, in view of their then current personal assets. …

The Kite children did not make any annuity payments to Mrs. Kite before she died on April 28, 2004.”

As a result of the above facts, Mrs. Kite’s former interests in the Baldwin notes and KIC, which she used to purchase the private annuity, were not included in her taxable estate. The annuity that Mrs. Kite purchased from her children became worthless upon her death.

“Mrs. Kite, who was 74 years old at this time, contacted her physician. Her physician sent Mrs. Kite a letter attesting to her longevity and health. The letter, dated March 6, 2001, stated in pertinent part as follows:

‘I examined Mrs. Kite and interviewed her recently in her home * * * I would anticipate that her longevity and health outlook is good for the next several years * * * I am of the opinion that Mrs. Kite is not terminally ill and that she does not have an incurable illness or other deteriorating physical condition that would cause her to die within one year and that there is at least a 50% probability that she will survive for 18 months or longer.’”

Permanent link to this article: https://betweenthenumbers.net/2013/02/private-annuity-transaction-upheld-as-an-estate-planning-tool/