Get the Court’s Daubert Rationale on the Record

Most S-Corporations should pay greater attention to shareholder/employee compensation 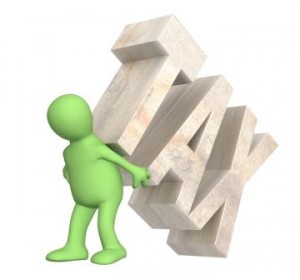 The IRS continues to pursue S-Corporations that do not pay employment/payroll taxes on what the IRS considers to be reasonable compensation. Following other cases on this subject, in Sean Mcalary Ltd, Inc., vs. Commissioner Of Internal Revenue, T.C. Summary Opinion 2013-62 (August 12, 2013), the Tax Court generally ruled in favor of the IRS. The Tax Court concluded that an agreement between the employee/shareholder and the corporation need not be honored because the small amount of compensation claimed by the corporation was not reasonable.

This is an issue affecting a large number of small businesses. In the Mcalary case, the IRS sought additional payroll tax and penalties of around $10,000. I do not wish to make light of anyone’s additional $10,000 of taxes, but this is relatively small amount over which to be litigating in tax court. The IRS is apparently quite willing to press its position for relatively small amounts.

Despite the relatively small amounts involved, the IRS did not base its case on mere judgment or argument. Instead, the IRS analysis used industry data, third-party reports, and related calculations that a qualified business appraiser or consultant would use. The taxpayer had no such support, instead relying on what the employee, shareholder and sole member of the Board of Directors negotiated with himself. Although an outside tax preparer reviewed the taxpayer’s conclusion, the corporation’s tax position did not have meaningful analytics and calculations to support the reported compensation amount.

This article provides background on this issue. Taxpayers are well advised to get outside advice and any related reports to substantiate its reasonable compensation conclusion.

Permanent link to this article: https://betweenthenumbers.net/2013/11/most-s-corporations-should-pay-greater-attention-to-shareholderemployee-compensation/