Hollywood Accounting: Another good reason to read (and audit) your contracts. 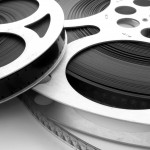 Hollywood accounting (or Hollywood bookkeeping) is the term used to describe how studios report profits on movies and television series. It often carries a derogatory connotation because of various common practices which don’t follow Generally Accepted Accounting Principles (GAAP) or necessarily reflect market realities.  These contractually-based practices often serve to reduce revenues, inflate costs, and eliminate the profits upon which royalties or participations are paid to actors, writers, etc.

When a participant negotiates for a certain share of profits (called points), it’s not a percentage of profits in a typical accounting sense. Instead, it’s profits as defined by the contract. Some common contractual provisions which may offend a sense of fairness include:

Items such as these are often a source of indignation when a wildly successful movie such as Harry Potter and the Order of the Phoenix grosses many hundreds of millions of dollars and still shows a huge loss on the participation statement (per a leaked copy of the participation statement available on the Internet).  For these reasons, many industry heavy hitters insist upon gross points rather than adjusted gross or net, in order to sidestep these practices. However, most participants simply don’t have the cache to negotiate such treatment. For these reasons, it is critical that participants understand the contract terms which define how or if they will be paid.

It’s often a good idea to audit the participation statements to ensure that the contract terms are being followed.  Here is additional information on royalty audits.  There have been many instances where the studios paid millions to participants after an audit, or the resulting litigation when the audit findings could not be agreed upon.  Recent large jury awards such as $300 million related to “Who Wants to Be a Millionaire” and $50 million related to Nash Bridges indicate that jurors are not fans of Hollywood accounting.  This is one reason why studios also often include a contract provision which requires any disputes be settled in arbitration.

Permanent link to this article: https://betweenthenumbers.net/2011/03/hollywood-accounting-another-good-reason-to-read-and-audit-your-contracts/