Disgorgement Returned As A Monetary Remedy In Delaware Cases

Who owns the Hulk? The legal battle continues… 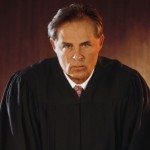 PricewaterhouseCoopers (PwC) issued a study of what has occurred with financial (usually damages) experts since the 1999 Supreme Court decision in Kumho Tire Co. vs. Carmichael clarified that the Daubert criteria for challenges to expert witnesses extended to non-scientific experts.

The reliability of underlying data is the most frequent reason why testimony is excluded. This is perhaps the most interesting statistic in the report. Daubert and Kumho challenges were initially intended to addresses methodology, testability, known error rates, and general acceptance issues, yet these challenges make up only around half of the challenges. The other half of the challenges most regularly pertain to the validly of the underlying data, which the financial expert is often given and told to accept as part of the assignment. In these cases, the financial expert often has little to do with the underlying data. However, the expert is criticized for starting with data (i) that he would have no basis for knowing would subsequently face challenges, or (ii) which was required as part of the initial project definition.

The report includes numerous examples of witnesses being excluded. In most cases, the trial judge excluded the testimony because of a methodology topic with which reasonable minds could disagree. In many cases, it appears that the judges involved expanded their accepted gatekeeper function to include a final assessment of the technical results obtained. This generally would fall outside the expertise of the judges involved.

This article summarizes the report in greater detail.

Permanent link to this article: https://betweenthenumbers.net/2011/07/daubert-kumho-expert-challenges-increase-moving-away-from-their-original-purposes/