Ponzi Scheme at the local PTA 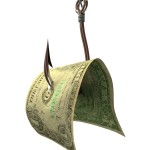 Another Ponzi scheme has been uncovered.  While the perpetrators are not exactly Bernie Madoff, they did manage to bilk over 40 “investors” out of approximately $4 million. As is common with Ponzi schemes, the victims were concentrated within a tight social network which offers the illusion of trust and the insinuation that the members are being offered this amazing opportunity because of an interest in helping out fellow community members . In this case, it was the local Parent Teachers Association (PTA) at Armstrong Elementary School in Diamond Bar, CA.  Three moms are currently in custody for cheating their fellow families out of their life savings with the promise of guaranteed investment protection and up to 100% rates of return.

The pitch was that the trio had somehow secured the exclusive right to sell AltaDena Dairy products at Disneyland, Disney Hotels and a number of other small retailers. Victims were told that the immediate need to grow the business and capitalize on the opportunity was the reason for the high rate of return offered.  The perpetrators collected approximately $14 million from the families, often obtained through second mortgages and maxing out credit cards.  Although $10 million was returned to investors in order to give the appearance of success and further the fraud, the scheme eventually broke down when demands for returned funds increased.  The lost $4 million is believed to have been mainlyspent on vacations, cars and gambling.  None of it is expected to be recovered.

No amount of public attention regarding these schemes is more compelling than the need to “not miss out” when it appears others are making easy money.  Many Ponzi scheme victims subsequently report that they had the nagging feeling at the time that the situation was too good to be true, but that their hesitation was overcome when they saw others benefiting to such a (perceived) extraordinary degree.

Permanent link to this article: https://betweenthenumbers.net/2011/07/ponzi-scheme-at-the-local-pta/