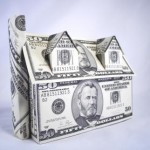 The U.S. Government sued 17 financial firms today, including some of the U.S.’ largest banks, for selling Fannie Mae and Freddie Mac billions of dollars of toxic mortgage back securities.  The suits was filed by the Federal Housing Finance Agency, which overseas both Fannie Mae and Freddie Mac.  Residential mortgage-backed securities were risky investments that turned toxic after the most recent real-estate downturn.

The 17 institutions that are named in the lawsuit, include:

Permanent link to this article: https://betweenthenumbers.net/2011/09/government-slaps-banks-with-lawsuit-over-toxic-mortgages/