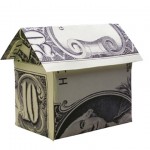 On December 8, 2011, the Federal Reserve released its third quarter 2011 report, “Flow of Funds Accounts in the United States”. A virtual cornucopia of data, the report is 127 pages of detailed tables of assets, liabilities and changes in the U.S.  If you are an economic data nerd, it is almost all one could want.

Unfortunately, the data shows a continuing restructuring of American household finances that helps to explain the weak economic performance of the consumer segment.  Here are some details:

The Government Accountability Office (GAO) recently delivered a report regarding wealth held by the richest 1% of Americans. The report received enormous attention, and is the starting point for many of the statistics that are being almost constantly repeated by certain members of Congress and the press. What is almost never reported is that the GAO cut off their statistics at 2007, even though more recent data is available. Had the GAO used more recent data that includes the shrinkage of household wealth, the reported statistics would have been much different. In the same way that the so-called 1% owned larger amounts of wealth before, they face a disproportionate shrinkage of that wealth in the period that we have now experienced.

Government has not faced the same constraints and restrictions as households. Consolidated receipts for Federal, State & Local Governments continue to increase. (See Table F.106.C in the Federal Reserve’s report.) On a seasonally-adjusted, annualized basis, receipts are now 12.5% higher than in 2009. So, despite all the talk about government austerity, taxes are now significantly higher than just a short while earlier. Government spending has increased at a much larger rate than tax revenues, causing government liabilities to increase at an astronomical rate. (Note that the Federal Reserve’s tabulation of liabilities in this context excludes most government obligations for entitlement programs.) At the end of the third quarter 2011, government liabilities increased more than 60% over the amount that existed at the end of 2007.

Permanent link to this article: https://betweenthenumbers.net/2011/12/federal-reserve%e2%80%99s-statistics-show-pain-at-u-s-households/