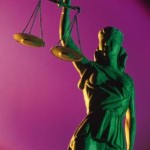 Twenty years is a long time to keep a Ponzi scheme going, but it finally caught up with R. Allen Stanford, the Texas tycoon who was recently convicted on 13 of the 14 counts brought against him.  Stanford, previously among America’s wealthiest with an estimated net worth of $2 billion, now faces more than 20 years for allegedly bilking investors out of more than $7 billion in a Ponzi scheme.

A Ponzi scheme is a type of investment fraud that sustains itself by paying claimed returns to existing investors with fresh money from new investors, while also lining the pockets of their creators. They often collapse when they fail to attract sufficient new investment to support the promised returns.  There are a number of common “red flags” that are often associated with Ponzi schemes, including:

Many victims of Ponzi schemes later report that they had a nagging feeling that the investment was too good to be true, but were also afraid to miss out on such a lucrative opportunity.  It is a good reminder to trust your instincts when something seems awry.  Suspected Ponzi schemes can be reported to the SEC, who investigate and prosecute these claims.

Permanent link to this article: https://betweenthenumbers.net/2012/03/another-ponzi-scheme-conviction/