Can the Price of Transporting Goods Predict Future Economic Output?

Duran class action reversal not near as important as suggested 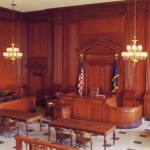 In California multiple (usually defense-oriented) articles are being published about the importance of a class action trail reversal in re: Duran v. US Bank National Association, California Court of Appeal, 1st Appellate Dist., (February 6, 2012). The articles incorrectly claim that statistical sampling cannot be used to prove liability in a class action case. The case is being described with words such as a “game changer” “seismic” and “enormous significance”.

Instead, the case stands for the simple proposition that a trial court needs to obtain competent statistical evidence before creating a sampling and statistics plan on its own. The case does not prevent statistical sampling or representative testimony; one simply needs to follow established statistical rules if one wants to embark on this time-saving path.

The Duran case is an employment class action which challenged the exempt classification of 260 salespersons. The defendant bank was primarily relying on the outside sales exemption. Although a job description for the class members clearly supported the exempt status, the factual issue was whether the actual job implementation comported with the job descriptions.

Somewhat surprisingly, this is not a case in which there was widely-contrasting expert testimony. The defendant (appellant) summarized the numerous reasons why the statistics themselves demonstrated that they should not be used. In contrast, at trial, the plaintiff generally said nothing about the statistical failings, other than noting the trial court had already ruled on such matters in the process of constructing the trial management plan.

In its simplest form, the trial court used too small a sample. The case’s underlying statistical issue involves sampling error. Sampling and related inferential statistics provide significant cost savings when compared to attempting to observe an entire population. The samples to be used must be selected randomly, meaning that each item in the population has an equal chance of being selected. Even if the sampling process is entirely random, there remains a possibility that the sample might not be representative of the true state of the population.

Additional information, including excerpts from the opinion are in this article.

Permanent link to this article: https://betweenthenumbers.net/2012/03/duran-class-action-reversal-not-near-as-important-as-suggested/