L.A.’s pizza is worse than Anchorage’s and why your expert’s survey may be unreliable

Finally! A poll asks the question we really care about 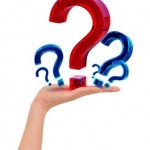 Undoubtedly, one of the decisive issues in the upcoming November 2012 presidential election will be about taxes:  Should some pay higher taxes than others?  If yes, who, why, and how much more?

Until recently, practically every national poll asked whether tax rates should be increased, decreased, or kept the same.   For example, one of the common questions asked is:  “Should families making more than $250,000 pay a higher tax rate?”  Practically every poll has worded the question like this, and practically every poll says that more than half of Americans say yes.  Politicians wanting to raise taxes on the “rich” relentlessly have relied on these polls’ results to justify their tax proposals.

However, in a recent poll of likely voters conducted by the Hill newspaper, respondents were offered a choice of specific tax rates without informing them of the current tax rate on high income earners.  This question wording resulted in very different results:

The current rate for high income earners is 35 percent.  Exactly 75 percent of respondents suggest high-income people should have a LOWER tax rate (i.e., 30% or below), not a higher tax rate.  Only 4 percent thought it was appropriate to take 40 percent, which is approximately the level that President Obama is proposing from January 2013 onward.  This poll not only highlights the importance of poll question wording, but also that although Americans may want higher taxes on the “rich” (as shown in other polls), they think that the “rich” are currently taxed too much.

Permanent link to this article: https://betweenthenumbers.net/2012/03/finally-a-poll-asks-the-question-we-really-care-about/