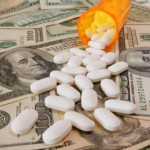 Human Genome Sciences, Inc. (“HSG”), a biopharmaceutical company targeted for acquisition by GlaxoSmithKline (“GSK”), has adopted a defensive position commonly known as a “poison pill”.  HSG is apparently unimpressed with GSK’s $13 cash per share ($2.6 billion) offer and has approved a Shareholder’s Rights Plan whose intention is to make the takeover uneconomical for GSK.

Poison pills can be an effective deterrent to a hostile takeover bid.  In this case, HGS’s poison pill is multi-pronged. In the event that a third party accumulates more than 15% of HGS’s common stock, according to the “flip-in” provisions, HGS common stockholders, other than the acquirer, would be able to purchase HGS’s common stock at a 50% discount. This would dilute GSK’s position and make it that much costlier for GSK to conduct the transaction. In the event that a business combination does occur, according to the “flip-over” provisions in the Right Plan, HGS’s stockholders would be able to purchase the acquirer’s common stock at a 50% discount. Both actions put the acquirer in cardiac arrest.

The poison pill seems to have accomplished its desired effect.  GSK has amended its offer to make it conditional on either the removal of the poison pill or a determination that it is invalid.  Since HSG is antagonistic to the bid as it stands, they are unlikely to simply remove the poison pill because GSK requests it.  Depending on the motives of the respective boards, the poison pill could succeed as a negotiating tactic and result in a sweetened deal from GlaxoSmithKline for the target company, or may lead to a nasty legal fight or a dropped deal altogether. Of course, the surrounding media attention could also attract another suitor at a higher price. In the case of maximizing value for the target company, one thing is for sure: Human Genome is playing hardball and the stakes are high.

Permanent link to this article: https://betweenthenumbers.net/2012/05/attempted-biopharmaceutical-takeover-turns-toxic/