Wal-Mart to Pay $4.8 Million in Back Wages and Damages 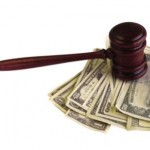 The U.S. Department of Labor has ordered Wal-Mart to pay $4.8 million in back wages and damages for failing to pay workers for overtime.  The Wal-Mart employees who were affected are vision center managers and asset protection coordinators at Wal-Mart Discount Stores, Wal-Mart Supercenters, Neighborhood Markets, and Sam’s Club warehouses.  Wal-Mart considered these employees exempt employees from the Fair Labor Standards Act’s (“FLSA”) overtime requirements.   The Labor Department’s investigation concluded that these employees were non-exempt employees and overtime pay was due for any hours worked above 40 in a one week period.

Wal-Mart Stores Inc., headquartered in Bentonville, Ark., has agreed to pay $4,828,442 in back wages and damages to more than 4,500 employees nationwide following an investigation by the U.S. Department of Labor’s Wage and Hour Division that found violations of the federal Fair Labor Standards Act’s overtime provisions. Additionally, Wal-Mart will pay $463,815 in civil money penalties.

Under the terms of the settlement, Wal-Mart has agreed to pay all back wages the department determined are owed for the violations in addition to paying liquidated damages to the employees and a penalty to the department. The civil money penalties assessed stem from the repeat nature of the violations. Wal-Mart, which operates more than 3,900 establishments in the United States, corrected its classification practices for these workers in 2007, and negotiation over the back pay issues has been ongoing since that time. A third-party administrator will disburse the payments to the affected employees.”

Permanent link to this article: https://betweenthenumbers.net/2012/05/wal-mart-to-pay-4-8-million-in-back-wages-and-damages/