A “New” Method of Financing University Education that isn’t New

Another 100+ Years for a Ponzi Schemer 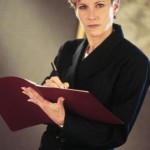 On June 4, 2012, James Giddens, the SIPA (Securities Investor Protection Act) Trustee for MF Global, issued a detailed 275 page report that provides enormous detail of what happened at MF Global before it became the eighth-largest U.S. bankruptcy.  MF Global appropriately received even greater attention because substantial amounts of customer deposits were missing.  The SIPA Trustee indicates that the total shortfall may be as large as $1.6 billion.

The Trustee plainly states that civil claims exist against a number of MF Global’s senior executives and officers. If the Trustee’s report is correct, it would be hard to imagine why the reported conduct would not also generate criminal indictments, since they include both (i) intentional taking of customer moneys to cover unrelated cash shortfalls, and (ii) material misrepresentations (termed “errors” by those involved) to regulators regarding the status of the customer accounts.

Jon Corzine was the CEO of MF Global at the time of its failure, having been put in that position in March 2010.  Mr. Corzine was exceptionally well connected prior to taking his position at MF Global. He was the former CEO of Goldman Sachs, served as the Governor of New Jersey from 2006 to 2010 (was defeated for reelection by current Republican governor Chris Christie) and served five years of a six-year U.S. Senate term representing New Jersey before being elected Governor.

Corzine was subpoenaed by the Committee on Agriculture of the House of Representatives on December 8, 2011 regarding missing money from MF Global client accounts. Corzine’s testimony included the following denials:

Obviously on the forefront of everyone’s mind – including mine – are the varying reports that customer accounts have not been reconciled. I was stunned when I was told on Sunday, October 30, 2011, that MF Global could not account for many hundreds of millions of dollars of client money….

I simply do not know where the money is, or why the accounts have not been reconciled to date. … I do not know, for example, whether there were operational errors at MF Global or elsewhere, or whether banks and counterparties have held onto funds that should rightfully have been returned to MF Global.”

The Trustee’s report tells a much different story. The Trustees report takes dozens of pages to describe a day-by-day account of the transfers that were made, and the reporting of such transfers to executive management. There can be little doubt that Mr. Corzine was not as clueless about the transfers as indicated by the above quote.  We provide the shocking details in this longer article.

Permanent link to this article: https://betweenthenumbers.net/2012/06/mf-global-trustee-reports-significant-management-malfeasance/