Fifth Time’s a Charm? Not Likely When it Comes to Bankruptcy. 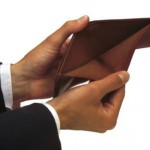 Strauss Auto, an auto parts retailer, appears to have set a new record.  It is not likely one they were pursuing. The company is believed to be the only one in the history of the Bankruptcy Code to have entered into Chapter 11 bankruptcy five times (a move some are jokingly calling a Chapter 55 filing).  Only two others have come close: TransTexas Gas Corp and the evolving form of the casino company bearing the Donald Trump name have each filed four times.  Over 250 companies have filed at least twice.

Strauss’ first bankruptcy filing was in 1979, just one year after the Bankruptcy Code became law in 1978.  It had subsequent filings in 1998, 2006, and 2009.  Unfortunately for Strauss Auto, it appears this 2012 filing will be its last.  The company is expected to sell its assets and file a plan of liquidation.

Permanent link to this article: https://betweenthenumbers.net/2012/07/fifth-times-a-charm-not-likely-when-it-comes-to-bankruptcy/