Entire fairness standard in fairness opinions requires that the transaction be … well, fair. 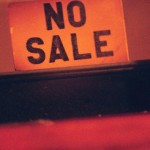 In October 2011, Chancellor Strine of the Delaware Chancery Court awarded more than $1.2 billion in damages to publicly-traded Southern Peru Copper Corp. (“SPCC”) against its controlling parent, Grupo Mexico . The derivative lawsuit claimed that SPCC overpaid for Minera Mexico, a Mexican mining company that its parent wanted SPCC to purchase from the controlling parent in 2005.

The verdict was appealed to the Delaware Supreme Court, which heaped praise on Chancellor Strine in an August 27, 2012 ruling. All aspects of the Chancery Court judgment were upheld.

To approve the related party purchase, SPCC appointed a special committee of disinterested directors. The special committee had well known and competent legal counsel in Latham & Watkins. The venerable Goldman Sachs served as a financial advisor, and issued a fairness opinion. None of this kept the trial court ruling from harshly criticizing both the process and the result that the special committee and its advisors completed. Here is just a taste from the trial court’s over 100-page detailed factual findings and related ruling:

The financial advisor did a great deal of preliminary due diligence, and generated valuations showing that the Mexican mining company, when valued under a discounted cash flow and other measures, was not worth anything close to $3.1 billion. The $3.1 billion was a real number in the crucial business sense that everyone believed that the NYSE-listed company could in fact get cash equivalent to its stock market price for its shares….

Rather than reacting to these realities by suggesting that the controller make an [better] offer, … the special committee and its financial advisor instead took strenuous efforts to justify a transaction at the level originally demanded by the controller [the parent company]. Even on that artificial basis, the special committee had trouble justifying a deal and thus other measures were taken. The cash flows of the Mexican company, but not the NYSE-listed company, were “optimized.” The facts that the Mexican company was having trouble paying its bills, that it could not optimize its cash flows with its current capital base, and that, by comparison, the NYSE-listed company was thriving and nearly debt-free, were slighted. ..

I am left with the firm conclusion that this transaction was unfair however one allocates the burden of persuasion under a preponderance of the evidence standard. A focused, aggressive controller extracted a deal that was far better than market, and got real, market-tested value of over $3 billion for something that no member of the special committee, none of its advisors, and no trial expert was willing to say was worth that amount of actual cash. Although directors are free in some situations to act on the belief that the market is wrong, they are not free to believe that they can in fact get $3.1 billion in cash for their own stock but then use that stock to acquire something that they know is worth far less than $3.1 billion in cash or in “fundamental” or “intrinsic” value terms …”

As a business appraiser and financial advisor, I am interested in the far reaches that a really smart and highly-regarded financial advisor, and its client (the special committee) took to attempt to justify the transaction. A lot of brain cells and ink were wasted in attempting to explain the unexplainable. Fancy math aside, the bottom line was that the marketable value of the publicly-traded stock given up in the transaction was vastly larger than anyone’s most optimistic view of the value of the mining company being acquired with the publicly-traded stock. The Appellants criticized the trial court’s “transparent” analysis, but perhaps the fact that the right answer was transparent is the real point. In this case, the fancy math was hard to understand because the special committee’s conclusion was just unexplainable.

Permanent link to this article: https://betweenthenumbers.net/2012/09/entire-fairness-standard-in-fairness-opinions-requires-that-the-transaction-be-well-fair/