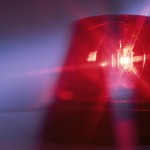 On October 3, 2012, in Payne vs. Jones, the Second Circuit concluded that a $300,000 punitive damage award was excessive, and remanded for a new trial on punitive damages unless the Plaintiff agrees to accept a reduced award of $100,000. The compensatory damages, which remained intact, totaled $60,000, indicating a five to one ratio before the Second Circuit’s reduction.

Payne is a veteran who suffers from war-related post-traumatic stress disorder. The Plaintiff was taken by his wife to a hospital emergency room after accidentally cutting his thumb. The Plaintiff was disoriented and combative when he arrived in the ER, prompting officer the defendant police officer to arrest Payne under the Mental Hygiene Law, which authorizes the arrest of a person who appears to be mentally ill and might cause serious harm to himself or others.

After a mutual verbal exchange and physical contact initiated by the Plaintiff, Jones reacted by punching Payne in the face and neck seven to ten times and kneeing him in the back several times. Payne, who was still handcuffed, defended himself by putting his hands up to cover his face and rolling on the bed to turn his back toward Jones. A nurse rushed forward and grabbed Jones, who then stopped punching Payne. The attack lasted 30 seconds or less. A doctor examined Payne and found that his face was bloody and swollen, and that his upper back was reddened. Payne later testified at trial that the beating aggravated his existing back pain and his post traumatic stress disorder. There was no evidence of any other injury.

The doctor reported Jones to the Utica Police Department, which conducted an investigation into the attack. The Department’s Professional Standards Unit found that Jones had committed an egregious assault on Payne and lied about the incident to police investigators. Ultimately, Jones was terminated.

After providing a lengthy discussion on the challenges and problems with punitive damages generally, the Second Circuit reviewed the three “guideposts of the Supreme Court’s Gore case (517 U.S. at 574-75). These are the:

The Court provides a detailed discussion of the Gore factors and how they can be applied in this situation. The case is worthwhile reading when one is planing a punitive damages presentation.

Permanent link to this article: https://betweenthenumbers.net/2012/10/second-circuit-reduces-punitive-damages-in-a-police-brutality-case/