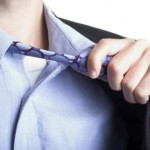 The IRS whistleblower known only as “Mr. ABC” has claimed his third payout for assistance in bringing down tax cheats.  Mr. ABC has been critical of the government’s ability to identify and investigate sophisticated tax shelters.  Whether motivated by a sense of justice or the pursuit of yet another seven figure reward, the Wall Street insider is demonstrating the incredible return on investment available to the IRS under the program.  His first payout in 2004 was $1.24 million, in 2011 he was paid another $1.1 million, and his recent payout was $2 million.  But the IRS recoveries will dwarf those payments.  The most recent  award relates to information that Mr. ABC provided regarding Illinois Tool Works, who had allegedly submitted fake deductions of hundreds of million of dollars in its tax returns.

Mr. ABC’s awards came under a prior whistleblower reward program whereby compensation was generally limited to $2 million.  Whistleblowers who assist the IRS with tax recoveries exceeding $2 million can currently get up to 30% of the sum recovered.

Permanent link to this article: https://betweenthenumbers.net/2012/11/is-irs-whistleblower-the-new-caped-crusader/