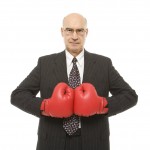 The lead counsel for the classes is David Boies, of Boies, Schiller & Flexner.  The claim is being presented under the 5th Amendment prohibition against illegal taking:

“…nor shall private property be taken for public use, without just compensation.”

The assertion that there was damage associated with a failure to provide “just compensation” is based on two main points:

A) AIG shareholders became extremely diluted when the company exchanged warrants granted to the US government providing it a 79.9% stake in the company for actual shares of the company

To fully appreciate the first issue with respect to dilution, one would need to compare the number of AIG shares outstanding prior to the government stepping in to the number of new shares issued as a result of the bailout. Subject to adjustment, owners of each outstanding AIG share were diluted according to the following formula:

Total Number of Shares Outstanding After New Shares Are Issued

There is no doubt that the owners of AIG stock owned less of the company than they had prior to the government bailout in exchange for ownership.  If one assumes the government action was wrongful, the next question is what would have happened to these shares had the government not stepped in? The possibilities include:

B) AIG may have been forced into Chapter 11 bankruptcy and:

Even if the government is found to have violated the 5th Amendment, an award of damages will require the class to prove that the stockholders would have fared better had the government not acted.

Permanent link to this article: https://betweenthenumbers.net/2013/03/federal-claims-judge-approves-aig-classes-in-55-billion-class-action-lawsuit/