Use an independent service to help protect against California’s new $10,000 penalty for whistleblowers

Most Productive Day of the Week?

An example of a proper expert exclusion under Daubert 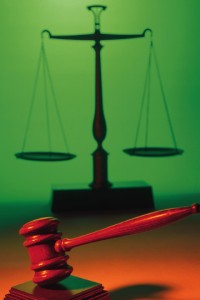 In an unpublished opinion in re: Craig Moore vs. International Paint, L.L.C., (No. 13-30281, November 15, 2013) the Fifth Circuit upheld the District Court’s exclusion of an expert witness and the related Summary Judgment Order. The case provides a worthwhile primer on when a Daubert motion should be successful. Too often, judges go beyond the circumstances described in the Moore case, ad exclude witnesses because the judge disagrees with the expert’s conclusion. An article providing more information on this judicial discretion is contained here.

The abuse of discretion review standard allows district (and most state) court judges to exclude expert witnesses without meaningful review. In the Moore case, the Fifth Circuit describes the standard of review as follows:

“[W]e have recognized that district courts are given wide latitude in determining the admissibility of expert testimony, and the discretion of the trial judge will not be disturbed on appeal unless manifestly erroneous.” United States v. Cooks, 589 F.3d 173, 179 (5th Cir. 2009).”

Although allowing the District Court’s discretion to stand, the Fifth Circuit expressed latitude in allowing experts to do their work, as follows:

“To be sure, reliable expert testimony often involves estimation and reasonable inferences from a sometimes incomplete record. Further, a few scattered errors in an expert report are not necessarily grounds for exclusion. Here, however, the universe of facts assumed by the expert differs frequently and substantially from the undisputed record evidence. Additionally, the expert made numerous assumptions with no apparent underlying rationale. Accordingly, the district court did not abuse its discretion.

By listing the following errors, the Fifth circuit showed that this was not a situation where the district court simply disagreed with the expert’s (Dr. Kuma) conclusions. The Fifth Circuit provided the following specific examples, none of which appear judgmental or difficult expert determinations:

“The district court identified numerous aspects of Dr. Kura’s cumulative exposure analysis that either had no support in the record or were flatly contradicted by all the available evidence. In particular, the district court noted the following:

Dr. Kura estimated the total number of hours Moore spent in proximity to the products allegedly containing benzene in 1988 (when the bulk of the alleged exposure took place) by dividing Moore’s total earnings from his work at Avondale by an hourly rate of $6.00. The undisputed evidence, however, showed that Moore was paid at hourly rates of $6.99, $7.44, and $8.00 that year.

Dr. Kura’s analysis assumed that when Moore was using IP’s products, he was always indoors. In his deposition testimony, which was the only evidence on this point, Moore stated that he used IP’s deck grey paint and IP’s paint thinner outdoors while working at Avondale. On top of his erroneous assumption that Moore only used IP’s products indoors, Dr. Kura also assumed that the indoor spaces where Moore worked were always unventilated. The available evidence on this point came from the deposition testimony of Avondale employee Danny Joyce as well as from Moore’s deposition. Joyce testified that Avondale had an extensive ventilation system, while Moore’s testimony was that the ventilation was good at times and nonexistent at other times. There was nothing in the record to suggest that Moore always worked without ventilation.

Moore worked as both a painter and a sandblaster at Avondale. There was no evidence as to what percentage of his Avondale work was sandblasting as opposed to painting. Moore also testified that when he was painting, he first prepared the surface to be painted by grinding, scraping, or using sandpaper on it. Dr. Kura’s analysis purported to account for Moore’s work as a sandblaster by allocating 90% (as opposed to 100%) of the hours he spent at Avondale to painting, but it did not account for any of the preparatory tasks Moore testified that he performed.

… At his deposition, however, the only basis Dr. Kura cited for many of his assumptions was the absence of any testimony from Moore on that particular point. But, where the primary witness’s deposition testimony reflects “uncertainty regarding many details necessary” to the expert’s analysis, the expert may not “overcome the evidentiary lack” with “the furtive inclusion . . . of supposed facts not in the record.”

Permanent link to this article: https://betweenthenumbers.net/2013/12/an-example-of-a-proper-expert-exclusion-under-daubert/