Ernst & Young gets settlement deal of the decade

No GAAP yet for Bit Coins 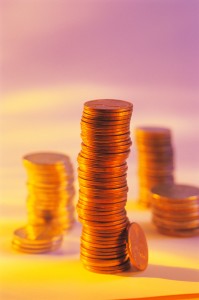 Bit Coins are increasingly in the news.  Denise Lugo of Bloomberg BNA describes “Bit Coins” as:

a type of virtual currency, which loosely put, is created when a complex mathematical algorithm is solved using high power computers.  It seems like overnight bit coins have become legitimate.”

There is no generally accepted accounting principles (GAAP) that specifically addresses financial reporting for bit coins, which means this would fall under other comprehensive basis of accounting (OCBOA), FASB members who weighed in said.”

We definitely will be seeing more attention being paid to Bit Coins in the coming future.  One advantage of Bit Coins is that they are not traceable, which makes them attractive for illegal activities and puts them on the government’s radar.  The summary indicated,

The bit coins market has grown enough to attract government scrutiny.  The government’s spending a lot of time investigating and trying to understand how they can regulate or monitor it, the SBAC discussions revealed.

‘One of the big issues in the tax side of the world is there’s transactions going on that people aren’t paying taxes on—there are numerous concerns about this but it is a real thing happening,’ an SBAC member said.”

Permanent link to this article: https://betweenthenumbers.net/2013/12/no-gaap-yet-for-bit-coins/