The Answer is in the Questions

“Too Big to Audit” is no defense 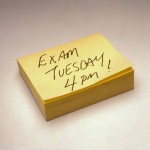 The Government Accountability Office (GAO) again reported that it

cannot render an opinion on the 2010 consolidated financial statements of the federal government, because of widespread material internal control weakness, significant uncertainties, and other limitations.”

This has occurred for years. Although each year the federal government states improvements are being made, the bottom line answer remains that the federal government is financially out-of-control. The GAO noted problems that included (i) an estimated $125.4 billion in improper payments and (ii) an inability to account for and reconcile intergovernmental activity and balances.  One of the major offenders is the Department of Defense (“DoD”), whose serious financial management problems “made its financial statements unauditable”.

For many years now, the Department of Defense has been avoiding an audit with an excuse that seems anything but confidence inspiring.  The DoD claims that its massive size and operational complexity makes its financial reporting too complicated to audit.  Here is a more thorough discussion of the situation.

However, taxpayers should be relieved to hear that the DoD is trying hard to be audit-ready by 2017.  2017???  Because it’s just too hard and the DoD is not ready???

The idea that an audit should only take place when the audit subject is “ready” would be laughable if it didn’t involve the potential loss of billions of dollars.  In our royalty and distribution audit work, we often encounter audit targets that prefer delay or who wish to limit the information they provide.  That’s not how an audit should operate.  Any audit target that wants to define the scope of our investigation in this way raises our suspicion as to the completeness of their reporting.  The federal government should be held to no less of a standard than commercial enterprises.