Judging a Horse Race Without Any Horses

The IRS may get over a billion dollar windfall because taxpayers failed to ask for it. 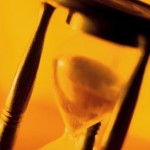 There is no time limit for the IRS to pursue a taxpayer for failing to file a prior year’s return when money is owed to the government. The same is not true from the taxpayer’s perspective. Time is ticking for those who failed to file a 2007 tax return upon which the government owes a refund. Failure to file by April 18, 2011 means you forfeit the right to your money. For each individual taxpayer, it may not be a life changing amount (the IRS estimates a median amount due of about $640), but across all taxpayers, this failure to run the numbers could add up to over a billion dollar government windfall.

So what would keep someone from taking the time to file a return when money is owed to them? Many don’t realize they are leaving money on the table.  For instance, individuals may have had too little income to require a return. However they may still be owed refunds of  withheld taxes.  Many individuals follow the same trusting methodology when they fail to review credit card receipts for incorrect or fraudulent transactions.

The failure to follow up on the propriety of amounts due or owed is not limited to smaller dollar values or those that are simply not financially savvy.  As forensic accountants who perform many types of financial contract compliance audits, my firm identifies and aids in the recovery of millions of dollars owed to highly successful businesses and individuals who rely on others to follow some agreed upon procedure or formula to calculate royalties, distribution payments, and profit sharing.  Clients who authorize such an audit for the first time are often shocked by the results.  Sometimes the underpayments are inadvertent errors, sometimes they are based on overly aggressive applications of contract terms, and sometimes they are simply deceptive.  Here is additional detail involving common royalty reporting errors.  And much like the IRS filing deadlines described above, there is often a deadline after which you are simply out of luck.  It is almost always a productive use of time and resources to regularly make sure you are not entitled to a windfall of your own.

Every individual and business should to stay on top of amounts they are due.  It is amazing to see how often people fail to do this, both from the IRS and in other areas.

Permanent link to this article: https://betweenthenumbers.net/2011/03/the-irs-may-get-over-a-billion-dollar-windfall-because-taxpayers-failed-to-ask-for-it/