The IRS may get over a billion dollar windfall because taxpayers failed to ask for it.

Judging a Horse Race Without Any Horses 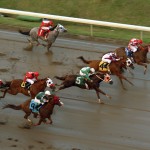 Gallup recently announced the results of a survey that is interesting not so much for the results but the implied thinking about how people choose among a large list of possibilities with limited information.  Specifically the survey dealt with the Republican candidates for president in 2012, of which there are currently none.

By comparison the 2008 election had the following announcement dates in 2007:

In addition, most candidates in 2007  ‘pre-announced’ by announcing the formation of exploratory committees, announcing their intention to announce, and announcing the date of their announcement.  Consequently, at this point four years ago, there was a full field of candidates.  In 2011, we have a group of people appearing as frequently as possible on TV to say that they are still thinking about it.  Not that a shorter campaign season won’t be welcome by many, including myself.

However, a very large field of potential but unannounced candidates leaves the question of how to evaluate such choices.  Asking ‘who would you vote for’ seems premature since so many of the potential names might not be running, and no real campaigning has occurred.

The second interesting thing about the positive intensity score is that it only compares the strongly favorable and strongly unfavorable scores.  The apparent thinking is that if the responder only finds the person somewhat favorable, it is likely that there is somebody else that is strongly favorable that will get their final choice.  It also recognizes that as people learn more about the previously unknown names, their opinions will often be formed by those who already have strong opinions about the candidates.

So on to the chart of Gallup’s results, courtesy of their web site.  If you are a candidate,  you want to see your name in the upper right corner (high intensity and high recognition). The single positive intensity score obscures that there are two very different routes to get there.

The Gallup analysis would seem to presume that at least for now both approaches are equivalent.  As candidates are announced and the campaign gets under way, one of the ‘big picture’ questions it will shed light on is exactly that: is it better this year in the Republican Party to be in the first category of candidate or the second?

Here is the detailed numbers to evaluate where the various names are now. Permanent link to this article: https://betweenthenumbers.net/2011/03/judging-a-horse-race-without-any-horses/