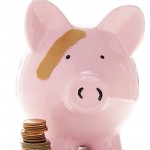 Occasionally one is faced with a moment of clarity; a choice that forces a display of where someone’s true priorities lie.  This occurs when two professed priorities are placed at odds against each other.  Congressional Republicans recently faced this dilemma.  What was foremost on their minds? Is it reducing the deficit, making the government run sensibly like a business, or shrinking the government?

The telling point was a policy provision in the recent cliffhanger budget deal.  It prohibits federal money being used to hire additional IRS agents.  Obama has been quietly increasing employment at the agency.  The IRS estimates that last year’s tax noncompliance totalled at least 330 billion dollars.

Each dollar spent on improving IRS enforcement has been generating approximately ten dollars of increased revenue.  If deficit reduction really was the primary priority, then the last thing one would want to do is reduce enforcement efforts.  Although full compliance is unachievable, as long as increased enforcement is paying  off with additional collections equal to a multiple of what is being spent, anybody looking to run the government with a businesslike mindset will not reduce enforcement.

The issue may not simply go away.  President Obama’s proposed 2012 budget included a 9.4 percent increase in IRS enforcement that would result in 5100 extra jobs at the agency.  Perhaps a way of reducing the deficit is to collect the taxes that already exist.

Permanent link to this article: https://betweenthenumbers.net/2011/04/spending-that-pays-for-itself/