How Many Clowns Can You Fit In A Clown Car?

How Much Are Outrageous Executive Perks Costing You? 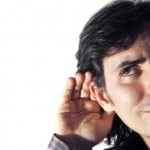 Through proxy statements, shareholders get a one-per-year glimpse at pay and perks of top executives.  In addition to multimillion dollar pay packages, executives  sometime receive outrageous perks.  These funds are being paid for with shareholder money.  Based on a compilation created by Kiplinger, here is a list of  some of the more outrageous perks given to U.S. executives:

Misuse of company money is becoming more and more prevalent.  For the big companies listed above, these perks may get lost in rounding, or cost each shareholder only a fraction of a penny.

However, perks also affect smaller companies, who do not not have the advantage of disclosure and auditors similar to what happens at these larger firms.  For a small company investor, excess and undisclosed perquisites can be a significant portion of the earnings that the smaller company might have otherwise accomplished.  If you have an interest in a company’s profits, it is important to audit the company’s financials to catch non-business related expenditures, and recoup your share of these inappropriate expenditures.  Most people do not perform such investigations because they do not know how to do so, or it costs too much to hire a forensic accountant.  However, it is best to have a trained forensic accountant help you with such investigation, as they have the knowledge and experience to quickly identify, analyze, and summarize inappropriate expenditures.

When drafting shareholder agreements, include an audit provision which shifts the cost of the audit if inappropriate expenditures are discovered.

Permanent link to this article: https://betweenthenumbers.net/2011/05/how-much-are-outrageous-executive-perks-costing-you/