How Much Are Outrageous Executive Perks Costing You? 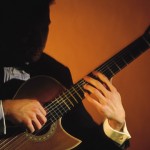 In monetary terms, the biggest decision made by the Supreme Court in the current session is a case that they decided NOT to take. On March 21, 2011, the Supreme Court denied certiorari of a Ninth Circuit ruling made on September 3, 2010 in re: F.B.T. Productions vs. Aftermath Records. Absent a settlement, the case now goes back to the trial court for a damages determination.

The contract between UMG and Eminem’s representatives provides for two different compensation rates. Prior to digital distribution of music, the lower rate applied to physical records, tapes or CDs sold to consumers. With physical distribution, both costs (such as manufacturing, warehousing & shipping), and risks are higher. Understandably, this causes smaller compensation to the artist. When other distribution was involved (called licensing, such as use of the music in a movie or commercial), a higher compensation rate applied.  UMG argued that digital distribution such as what is performed by iTunes is just a different kind of store; therefore, the lower retail percentage should be paid to the artist. Predictably, the plaintiff thought the lack of costs and risks meant the higher compensation rate was appropriate.

The owners of the Eminem rights indicate that this is worth tens of millions for them.  However, the far bigger winners are the thousands of artists that have older-form contracts that have never been renegotiated.  Starting in the early 2000s, music labels realized that digital distribution was the next big thing, and altered the contracts to avoid possible disagreement involving digital distribution. But there are still plenty of contracts that use the same approach that the Ninth Circuit interpreted. As much as UMG and the rest of the record labels might try to say otherwise, the Ninth Circuit’s decision will weigh heavily on any trial court that must interpret these older contracts.

We review in this article the Ninth Circuit’s analysis and our estimate of what is at stake.  Our guess is around $2 billion.  Regardless of how one wants to alter the estimates, this is an enormous decision that now goes back to the auditors and trial courts with new vigor.

Permanent link to this article: https://betweenthenumbers.net/2011/05/perhaps-2-billion-owed-under-music-contracts/