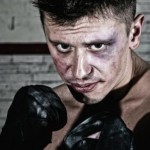 HP recently announced that their Touchpad tablet computer will be available for order on June 19, with prices identical to a similarly configured iPad 2. Sales of the TouchPad will be looked at closely as the answer to a very big question: Did HP make a mistake paying 1.2 billion dollars for Palm?  Palm’s share of the smartphone market has been dropping steadily.  According to ComScore, for the three months ending in Feb 2011, Palm had 2.8 percent of smartphone sales, a decline from 3.9 percent the quarter before. When HP bought Palm, one of the prime assets was considered to be its well-reviewed WebOS software, which the TouchPad uses.  Prior to and shortly after the purchase, HP was taking a multiplatform strategy to tablets, planning on offering the same tablet in Windows, Android, and WebOS versions.  Then HP announced that it was dropping both the Android and Windows versions and concentrating on WebOS.  The wisdom of that choice will also be seen in the TouchPad sales figures.

So how does the system itself compare?

(note 1) As a relatively new OS it would be expected that WebOS would have fewer apps.  However, unlike Android, WebOS is a single vendor platform, so when (or if) developer support is more of an open question.

(note 2) Comparisons are for a 16 and 32 gigabyte wifi-only configurations, the only ones available at present from HP.

The bottom line is you have got to really want WebOS to think that this is a better tablet.  Pretty much everything else is a push.   Is WebOSreally that desirable?  It does have a smooth interface and flash support and some nice built in utilities for basic functions.  It also has a nice notification system, which Android also has and which iOS has just announced that it will be adding in version 5.  One of the reasons people shy away from Apple is that they are uneasy about being tied into just one company.  But WebOS is pretty much HP only.  Will they feel like they are jumping from one single vendor lock-in to another?

Those simply looking for a non-Apple solution might want to look at our similar comparison of the Motorola Xoom.

Another take away from this story is how identically HP mimicked Apple’s prices.  If HP felt that there was a way to beat Apple on price, they would have taken it.  But it would seem that Apple’s (i) huge economies of scale in buying components and (ii) leverage over assembly firms makes them unbeatable on price.  So firms are settling on matching Apple on price and hoping to get the sale on some other criteria such as WebOS.

Permanent link to this article: https://betweenthenumbers.net/2011/06/hp-touchpad-vs-the-ipad-2-and-fight/