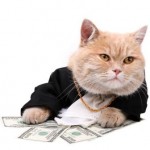 Most never even knew what the “Gold Card Desk” was before it was abolished last week, not even in Los Angeles where it inhabited for the last 20 years.    The “Gold Card Desk” is an esoteric service that allows Los Angles city government officials to fast track parking citation reviews that they receive.  A plastic parking bureau Gold Card was distributed to city offices that included a special phone number that the card holder could call when they had an “urgent need to resolve any parking citation matter which requires special attention.”  The card promises “you will be immediately connected to our Gold Card Specialist”.   According to the City Controller, “the program was designed to allow aides to the mayor and City Council to expedite parking citation reviews for constituents and possibly have fines reduced or dismissed”.   So, in essence, if you live in L.A. and are “in bed” with the city government, you can park any where you want at anytime for no or little charge.  If you live and/or work in L.A., you know how valuable this attribute is.  Again, this has been going on for 20 years.

The City Controller finally conducted an audit of this program that comprised a sample of 40 out of 1000 dismissed parking citations.  The audit essentially tested if the dismissals were justified or not (e.g., adequate support/justification was provided for the dismissal).  Based on the results of the audit sample, the Gold Card program was quickly abolished.  The exact results of the audit were not provided (i.e., what percentage of the sample were found “unjustified dismissals”).   It is worth noting that in the City Controller’s previous audit of the Transportation Department, it found that the department missed up to $15 million in revenue because the department had “gone easy on chronic scofflaws who racked up multiple unpaid parking tickets”.

Details about the Gold Card Desk audit were not provided, but here are the two things we do know:

Based on a sample of 40 out of 1000 (assuming the sample was randomly selected), then if (i) one half (50%) of the population received unjustified dismissed parking ticket citations, and if (ii) a random sample of 40 was repeated many times, then 95% of the time, between 35% and 65% of the sample would be unjustified dismissed parking ticket citations (15% margin of error).  The remaining 5% of the time, you would expect the result to be more than the 15% margin of error away from the true answer.  When you sample from a population, you don’t know if you have found the correct answer; however, you do know that there’s a 95% chance that you’re within the margin of error of the correct answer.  In this case the margin of error is approximately 15%.  Many statisticians would consider this too large to be representative of the population.  A common margin of error is typically 5% or less.

Alternatively, one can lower the confidence level to say 90%, resulting in a lower margin of error of 13% (still unacceptable to most).  Lowering the confidence level to even 80% (typically the lowest level found to be acceptable) still results in a high margin of error of 10%.  In order for a sample of 40 to be acceptable, there would have to a nearly homogeneous population of either (i) practically no parking tickets deserved dismissal, or  (ii) practically all of the dismissals were inappropriate.  Of course, if the dismissals were nearly all appropriate, then why would the results need to be kept secret?  For a better understanding on how to calculate a statistically valid sample, please see our article and related interactive sample size calculator here.

Since the City declined to tell us taxpayers the results of the audit, the use of the 40 sample size can tell us that one the following:

Even though the audit sample might be too small to be representative of the population, many likely think that this local government perk should be abolished just on principle, rather than on statistics.  I have yet to hear anyone (particularly any local government official) articulate (i) the benefit(s) to the folks paying for this service (i.e., taxpayers), and/or (ii) how the benefits (assuming there are any) outweigh the costs.

Permanent link to this article: https://betweenthenumbers.net/2011/06/what-statistics-can-tell-us-about-the-ditching-of-l-a-s-gold-card-desk-2/