Disgorgement Returned As A Monetary Remedy In Delaware Cases 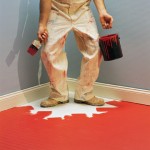 Yesterday, we initiated a new poll regarding the topic that is dominating current financial news. However, while the poll does address the question of tax increases vs. spending cuts, any poll limited to a single question on this difficult subject cannot address the full issue.

The real issue is the deficit. Borrowing is only required because the federal government is spending more than it takes in. The debt ceiling is simply math that inevitably occurs from the deficit.

The issue in front of our nation is not whether the $14.3 trillion debt ceiling is to be raised. We are already in such a mess that the debt ceiling must be raised.  Not raising the debt ceiling would require cutting, cold-turkey, some of the large entitlement programs.  The vast majority of representatives from either side of the aisle are not suggesting this. Realistically, eliminating multiple “small” federal programs is simply not going to bring the long-range budget into balance because the spending gap is simply too large to be addressed with these “smaller” programs. So, the real issue is (i) whether entitlement spending will be cut (and by how much) and (ii) whether taxes are to be raised (and by how much).

The related tax rhetoric is similarly not helpful.  Practically everyone can agree that there are a few tax breaks that deserve to be eliminated.  The favorite misnomer for these tax breaks is “loophole”, as if Congress did not know what they were doing when these tax provisions were first passed.  A good example of an unwarranted tax break is the reduced tax rate paid on carried or contingent interests that private equity fund operators receive. Some might want to stump about private jets and other such stuff, but none of these items are really large enough to meaningfully close the deficit gap. To meaningfully close the enormous deficit gap with taxes alone, one needs to either tax the “rich” into oblivion, or institute a broader tax base that affects a large group of Americans.

Missing from our poll is the amount of money that must be raised (taxes) or cut (spending) to reduce the deficit. As identified in this earlier post, the U.S. already has $75 trillion of debt. Yes, that number is correct, since it includes amounts that no one is even talking about in the current debate. Realistically, unless the U.S. adopts a plan to reduce the deficit by at least $4 trillion over the next few years, everyone who is involved with capital markets and the related purchase of U.S. government debt will realize that we simply kicked the political can down the road.

The challenge is how to make such deficit reductions without causing a new recession. To answer this question, one must first have an answer as to why the current recovery is as weak as it has been. Those on different sides of the aisle have much different answers as to why the stimulus already spent has not done the job, so it is predictably difficult to reach consensus as to how to avoid a second recession with the various deficit-reduction proposals.

Personally, I think we are likely to have a second recession. The U.S. Treasury markets agree with me. Rates along the entire yield curve are still ridiculously low, which could only make sense if we are about to enter a period of stagnant or negative growth.  Let’s hope I and the Treasury markets are wrong.

Permanent link to this article: https://betweenthenumbers.net/2011/07/most-debt-limit-debate-ignores-the-real-issues/