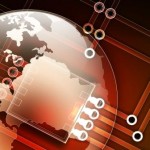 Nortel’s patent portfolio was recently auctioned. The final cash price is a surprisingly high $4.5 billion for around 6000 patents and patent applications. The auction process and participants are described in this article. Nortel described the package as:

Here is my take on this remarkable auction result:

Permanent link to this article: https://betweenthenumbers.net/2011/07/nortel-bankruptcy-patent-auction-is-biggest-technology-patent-sale-ever/