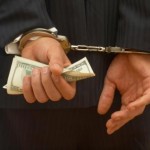 Longtime employees are often loyal individuals who enjoy their job.  However, this broad generalization may cause employers to elevate the level of trust put in such employees and fail to protect themselves from someone who knows the business so well that they know just how to exploit it. Regardless of the relationship you think you have with your employees, a system of internal controls must be put in place and effectively maintained in order to avoid the potential of being pillaged by your trusted hire.

Recently, an employee at the Mark Twain House and Museum admitted in court to an eight year history of ongoing theft, during which time she embezzled over $1 million from the already financially troubled institution.  Her fraudulent acts included:

This particular employee was discovered and now faces up to 23 years in prison, a $2 million fine and an order to pay restitution.  However, in many cases such as this, the victim organization never recovers the funds, as they were spent as quickly as they were pilfered.  This is a situation where an ounce of prevention (namely in the area of segregation/separation of duties) is worth a pound of cure.

Permanent link to this article: https://betweenthenumbers.net/2011/08/embezzlement-at-the-house-of-twain/