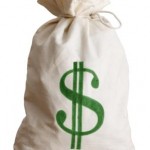 The ongoing dispute between Mattel Inc. (the toy giant best known for its line of Barbie dolls) and MGA Entertainment over rights to the Bratz doll line has resulted in a $308 million decision in favor of MGA.  The Bratz dolls have pouty lips, hip hop-style clothing and oversized feet, and are aimed at girls ages 9 to 11.  The dolls flew off the shelves when they debuted in 2001.  Mattel sued MGA, alleging Carter Bryant, a former Mattel employee, created the dolls while employed at Mattel.  Bryant claims he created the Bratz dolls when he was on a break from working at Mattel and took his idea to MGA.

Mattel originally filed its lawsuit in 2004 and a Riverside, California federal jury awarded Mattel $100 million in 2008.  The verdict was overturned on appeal and sent back for a retrial.  At the second trial in Santa Ana, California, the jury rejected Mattel’s claims and found for MGA’s counter-claim.  The jury found that Mattel stole 26 of the 114 trade secrets MGA listed.  U.S. District Court Judge David O. Cater wrote:

“Mattel’s Chief Executive Officer, general counsel, two in-house counsel, three former high-ranking executives and a current employee all admitted under oath that employees misrepresented themselves to access competitors’ private showrooms and gather information about unreleased products,… Every one of these individuals acknowledge that the conduct was sanctioned by senior members of Mattel’s corporate hierarchy and that it was improper.”

The cost of this litigation has been enormous for both sides.  Larian has said he has spent as much as $170 million on legal fees, while analysts estimate Mattel’s legal fees at $400 million.  Mattel issued a statement and said they would, “review the court’s ruling and evaluate next steps.”  Mattel will most probably appeal this most recent decision.

Permanent link to this article: https://betweenthenumbers.net/2011/08/mattel-ordered-to-pay-rival-309m-over-bratz-dolls/