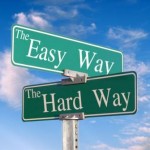 When major entertainment personalities are on top of their game, it is often hard to foresee a time when funds may not be as abundant.  When that time comes, one might look back and wonder where all the money went.  Or even wonder if they had received all the money they were promised.  Unfortunately, the time to investigate that theory may have already passed.

Statutes of limitation and contractual provisions limit the amount of time licensees of their technology, trademark, copyright, or image/likeness have to contest the amounts paid under their licensing contracts.  The time to act is when the payments are reasonably current.  Otherwise, it may simply be too late – the necessary documents may no longer exist and the licensor may no longer be under any obligation to provide them even if they do.

According to CNN, this appears to be the issue with David Cassidy’s recent public claims that he was not properly paid for merchandising related to The Partridge Family.  The Partridge Family went off the air over 35 years ago.  Cassidy’s 1971 contract apparently entitled him to 15% of net merchandising revenues for items that bore his image, voice or likeness while the show was on the air (and half that when he appeared with other castmembers of the show).  He claims he received only one check for $5,000, despite being owed “a fortune”.  Cassidy’s lawyer asked Sony, the owner of The Partridge Family, for a full accounting and payment for both the period of the agreement and any time subsequent.  Not surprisingly, Sony responded that (i) it could not locate any copies of the contemporaneous merchandising net proceeds statements provided to Mr. Cassidy, and (ii) the statutes of limitation had expired decades ago.  Cassidy has said he only found a copy of his contract recently and while he doesn’t want to sue, he asks that Sony “Just be fair”.

The situation is similar to a $10 million lawsuit filed in April of this year against CBS by various castmembers of Happy Days.  In response, CBS sent approximately $43,000 to the actors, but claims the actors are simply pursuing a “lucrative litigation windfall”.  Although the Happy Days case may proceed and the Cassidy case may be filed, there is no doubt that it would have been far easier for the actors to cost efficiently obtain a proper audit if these allegations had been raised within the audit periods outlined in their respective contracts.

Permanent link to this article: https://betweenthenumbers.net/2011/08/dear-licensees-with-audit-rights-time-is-not-your-friend/