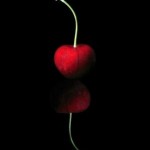 Christian Louboutin, the French footwear designer, is currently battling rival Yves Saint Laurent (“YSL”).  The battle stems over Louboutin’s signature design element on all his shoes, the scarlet red outsole.  Louboutin filed a lawsuit against YSL, which the court recently kicked out.  Louboutin claims that its red sole is a trademark and cannot be used by other shoe houses.

Federal US District Judge, Victor Marrero, ruled that Louboutin could not stop competitors, including YSL, from using red on the outsoles of their shoes.  Judge Marrero stated:

Because in the fashion industry color serves ornamental and aesthetic functions vital to robust competition, the court finds that Louboutin is unlikely to be able to prove that its red outsole brand is entitled to trademark protection…

When Hollywood starlets cross red carpets and high fashion models strut runways and heads turn and eyes drop to the celebrities’ feet, lacquered red outsoles on high-heeled, black shoes flaunt a glamorous statement that pops out at once….

Awarding one participant in the designer shoe market a monopoly on the color red would impermissibly hinder competition among other participants. YSL has various reasons for seeking to use red on its outsoles.”

Louboutin sells approximately 240,000 pairs of shoes each year in the United states.  This sales volume translates into approximately $135 million in revenues.  There is a lot at stake for Louboutin to protect its signature design element.  The “battle of red” has just begun.  Attorneys for Louboutin are weighing their options for next steps.

Permanent link to this article: https://betweenthenumbers.net/2011/08/the-battle-of-red/