Unemployment in a Global Perspective

Wrong Solyndra Participants are Being Investigated 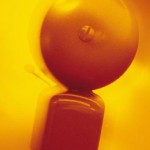 On October 27, the SEC announced that:

The Securities and Exchange Commission today ordered the Financial Industry Regulatory Authority (FINRA) to hire an independent consultant and undertake other remedial measures to improve its policies, procedures, and training …

The SEC’s order finds that on Aug. 7, 2008, the Director of FINRA’s Kansas City District Office caused the alteration of three records of staff meeting minutes just hours before producing them to the SEC inspection staff, making the documents inaccurate and incomplete.

According to the SEC’s order, the production of the altered documents by the Kansas City District Office was the third instance during an eight-year period in which an employee of FINRA or its predecessor (National Association of Securities Dealers) provided altered or misleading documents to the SEC.”

The discovery of the violation came as the result of a whistleblower report received by FINRA’s internal whistleblower program. FINRA self-reported the incidents to the SEC.

Not that settlements with the SEC can ever come at a good time, the settlement is an untimely embarrassment for a regulator that is attempting to expand its authority. FINRA is currently advocating that it be given regulatory authority over investment advisors. Groups that represent investment advisors are generally opposed to increasing FINRA’s authority, claiming that the existing oversight by the SEC is preferable.

FINRA is the largest regulator for securities firms doing business in the United States. It is a non-governmental agency created in 2007 by a combination of the National Association of Securities Dealers (NASD) and certain regulatory functions of the NYSE. It is a self-regulatory organization or SRO. It is often mistaken for a government agency, because it is performs regulatory functions of its member brokerage firms and exchange markets.

FINRA operates the nearly exclusive arbitration forum for the resolution of disputes between customers and member firms, as well as between brokerage firm employees and their firms. Virtually all agreements between investors and their stockbrokers include mandatory arbitration agreements in which FINRA is appointed as the arbitrator.

Permanent link to this article: https://betweenthenumbers.net/2011/10/sec-slaps-finra/