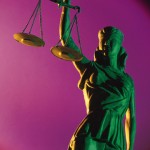 The District Court appointed an independent expert on the issue of damages pursuant to rarely-used Rule 706 of the Federal Rules of Evidence. The report will likely be made public soon.

No doubt, the District Court is frustrated by the wide range of damage claims that the parties are offering, and is attempting to reign in the large damage discrepancies. According to Judge Alsup, the starting point for damages should be the $100 million licensing offer Sun Microsystems (before it was acquired by Oracle) made to Google in 2006. Instead, Google’s expert has damages as low as zero. Oracle’s damages expert reports that Google owes Oracle between $1.4 billion and $6.1 billion.

Oracle’s case against Google involves the Java technology, which became Oracle’s property when it acquired Sun Microsystems in early 2010. Instead of licensing Java technology, Google claims that it created its own mobile technology from scratch by reverse engineering the behavior of Java without using any of Sun’s copyrighted or patented technology. In opposition, Oracle claims that, instead of being a wholly independent implementation, Google directly infringed on both Java copyrights and patents. Oracle’s claim is buttressed with significant Java expertise having moved from Sun to Google, including Google’s (now former) Chief Executive Eric Schmidt, who previously was Sun’s chief technology through 1997. Google also hired several other Sun technology personnel.

Sun executives expressed public displeasure when Google refused to license Java technology. Google announced Android in 2007 and released the Android project source code in 2008. But, after years of disappointing financial results, Sun did not have the financial strength or will to take on Google through litigation. This all changed when Oracle acquired Sun. Oracle is both stronger financially, and has a more aggressive view of protecting its intellectual property.

We review the procedure and our experience as a court-appointed damages expert in this article.

Permanent link to this article: https://betweenthenumbers.net/2011/11/court-appointed-expert-will-likely-have-the-final-word-on-damages-in-oracle-vs-google/