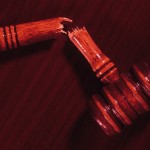 In August, 2011, the IRS publicly released a lengthy practice aid that described its view of the primary tools and methodologies used to calculate DLOMs. The report is entitled Discount for Lack of Marketability – Job Aid for IRS Valuation Professionals. The IRS practice aid provides the IRS’ contentions regarding the primary tools and methodologies used in this area.

In the practice aid, the IRS criticizes every marketability valuation approach, but does not explain what should be done instead. Consequently, the IRS leaves the impression that (i) no meaningful DLOM is acceptable and (ii) the obviously too-small DLOMs that the IRS normally advocates must be the preferred alternative.  In this sense, the IRS practice aid fails to meaningfully advance the knowledge base in the DLOM area.

DLOMs should be calculated by a qualified business appraiser in a way to withstand the IRS’s scrutiny. Additional information about the IRS’ criticisms are contained in this article.

Permanent link to this article: https://betweenthenumbers.net/2011/11/irs-marketability-practice-aid-falls-far-short-of-its-potential/