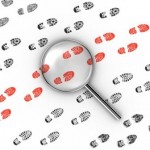 Bernard Madoff’s Ponzi scheme was estimated to be $64.8 billion.  These are amounts that customers supposedly held at his investment firm as of November 30, 2008.  However, the $64.8 billion does not reflect actual customer losses.  That number is estimated to be $17.3 billion.  The trustee, Irving Picard, has already recovered $8.7 billion.  A majority of this money came from a single $7.2 Billion settlement with the estate of Jeffery Picower, a former Madoff investor.

David Sheehan, lead counsel for Picard, stated “Notwithstanding certain recent court decisions, the trustee remains confident that ultimately he can pursue his causes of action against defendants who acted in bad faith, resulting in recoveries that will hopefully fully satisfy the investors with valid claims.”

Picard brought 1,050 lawsuits seeking more than $103 billion in recoveries.  About one third of that sum has been rejected by the courts.  More recently, Picard faced one of his biggest legal setbacks when a U.S. District Judge dismissed a $20 billion claim against JPMorgan Chase & Co and UBS AG.

One of the parties who will not be helping with the Madoff financial recovery is the Securities & Exchange Commission, even though they were an integral part of the failure that allowed this fraud to occur.  For more information about the SEC’s failure see SEC Inspector General Report Shows Incompetence At Best, And Fraudulent Cooperation at Worst.

For guidance on how to avoid a ponzi scheme, see Largest-Ever Ponzi Scheme Should Have Been Obvious To Anyone Who Looked Seriously.

Permanent link to this article: https://betweenthenumbers.net/2011/11/madoff-victims-may-get-full-recovery/